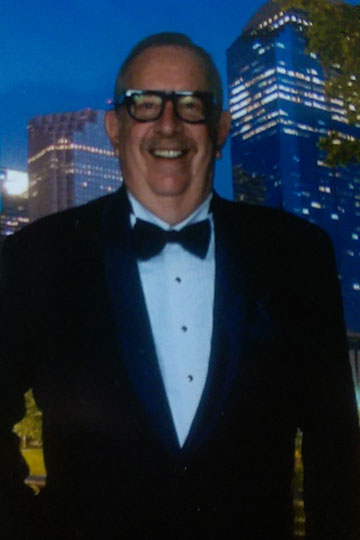 Richard Brown enjoys a multi-faceted career as an educator, professional musician and a businessman. He is Professor of Percussion at Rice University's Shepherd School of Music as well as Principal Percussionist of both The Houston Grand Opera and Grand Teton Music Festival Orchestras. He leads the Richard Brown Orchestra, one of Houston's most popular dance bands that play large social galas, special events and weddings. Richard began his musical career at the age of 18 playing with The Chamber Symphony of Philadelphia and Philadelphia Lyric Opera. After his stint with The United States Army Band, in Washington DC, he moved to Houston to join The Houston Symphony, a position he held for 8 years. To pursue another facet of his musical interests he moved to New York City as a freelance percussionist working on Broadway, playing such shows as West Side Story, Showboat, and Shirley MacLaine, as well as working in the recording studios and subbing with The Metropolitan Opera and The New York Philharmonic. During that time he also began working for Ann Margret performing with her for 15 years in all her live shows, both in Las Vegas and on tour. In 1985 Richard returned to Houston when The Shepherd School appointed him as full time Professor of Percussion. He then began to play regularly with The Houston Symphony and appreciates the 12 years he spent working with Christoph Eschenbach. He became the personnel manager for The Grand Teton Music Festival and soon to follow for The Houston Grand Opera Orchestra. This led him to an interest in the business of music and eventually he created Richard Brown Music, a company that hires musicians for most of Houston's freelance concerts and several of the area's prominent churches. He is proud to say that in any given year he offers over 2000 employment opportunities to Houston's professional musicians. The variety of all these activities keeps Richard busy, but he always finds time to be available to and a mentor for his students who come to the Shepherd School to study and prepare for careers as professional percussionists.