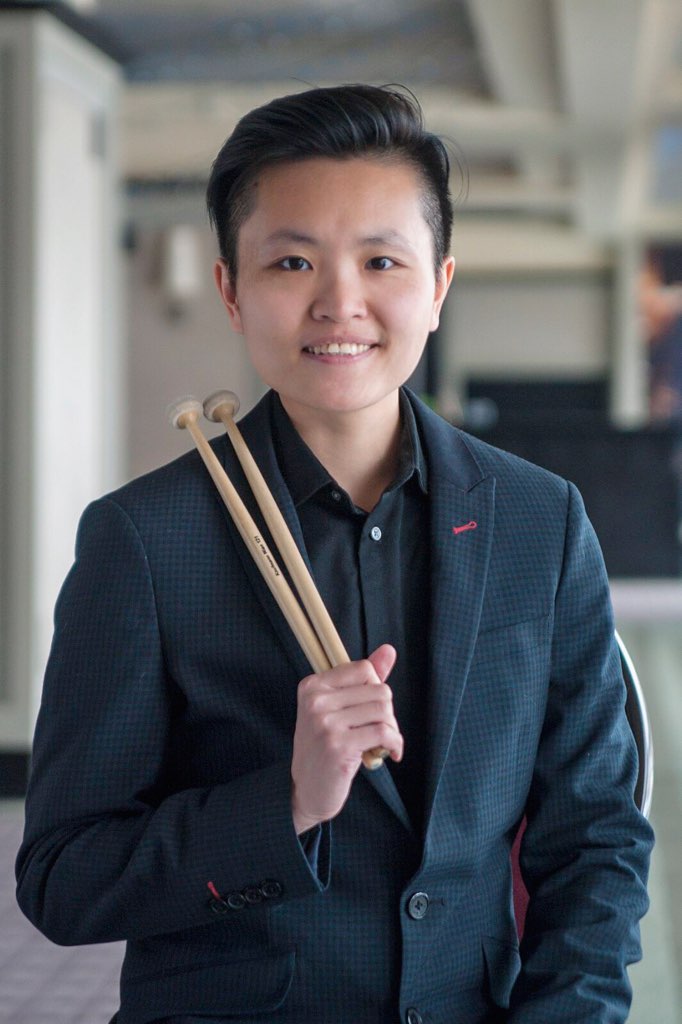 Alison Chang was appointed Principal Timpanist for the Houston Grand Opera and Houston Ballet Orchestras in 2019. She previously served as Principal Timpanist for the Michigan Opera Theatre from 2014 - 2019, and was Principal Timpanist of the Civic Orchestra of Chicago from 2012 - 2014. Born in Taichung, Taiwan, Alison began her music studies at age five on piano, later picking up the violin, and starting percussion lessons in middle school. She earned a Bachelor’s Degree in Percussion Performance from the Boston Conservatory, studying with John Grimes, Nancy Zeltsman, and Sam Solomon. She then graduated with a Master’s Degree from San Francisco Conservatory, as a student of David Herbert and Jack Van Geem. Her career and experience have led her to become an endorsement artist for JG Percussion. In her spare time, Alison enjoys biking, golfing, playing poker, watching baseball and UFC, and reading.